Next on the family shoot tour were Chris, Iya, Charlie and Alex. November had been a really gloomy (and sometimes rainy) month, so when we scheduled this family session, Iya and I hoped and prayed that the weather would clear up so we could shoot outdoors. Thankfully it did, just in time for the twins’ seventh month birthdays.

We shot at a nearby park whose name I cannot remember (Independence Park maybe?). Anyhow, the grass was just so green that we thought it’d be fun to sit. I always bring a blanket of some sorts in my car for occasion such as this and blessing in disguise, it matched everyone’s outfits!

Charlie and Alex…such hams when there are no cameras around, but so modest when the lenses pop up so Mama and Papa did their best to keep the girls entertained (including putting a boppy on  my head, which I’m glad no one got a picture of), but in the end, I found it easiest to just watch them and capture the girls as they are – totally engaged and curious about everything and everyone that surrounds them.

When it had gotten too cold to keep shooting outside, we brought it indoors and put the girls some casuals, with a holiday flair. Aren’t those pink sequined Santa hats the best?! When Iya and Chris first put it on them, Charlie and Alex just kind of stared at each other – it was hilarious. Chris’ parents were visiting and did their part to get the girls to smile too. I wish someone had taken pictures of THAT. They were so funny!

What a fun shoot that was! Really it was just a great excuse for some playtime with the girls… 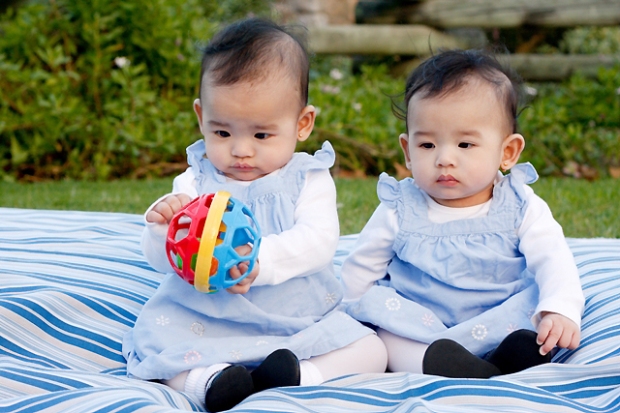 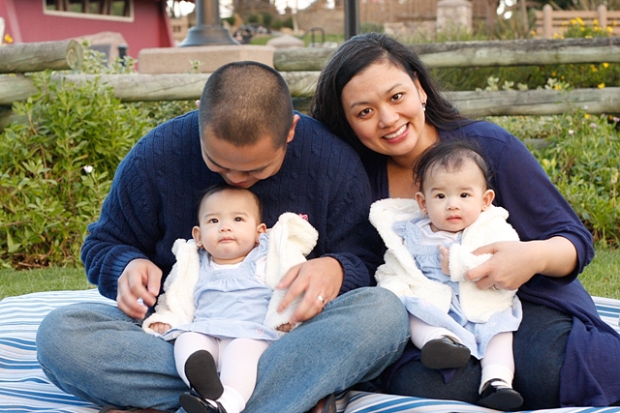 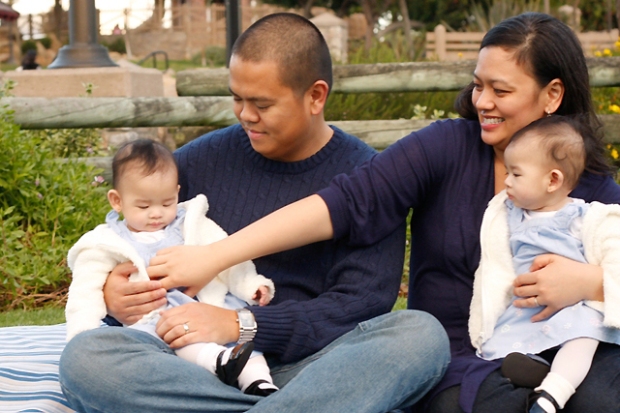 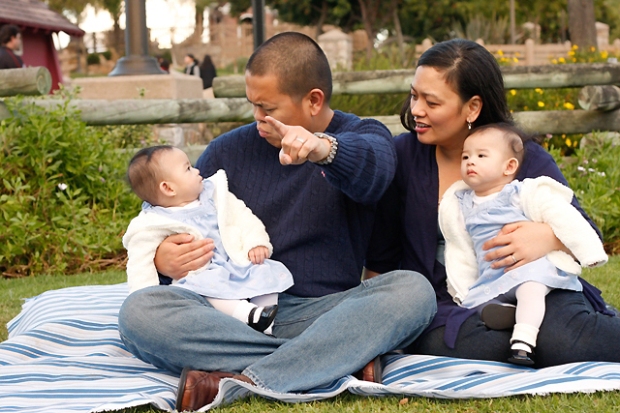 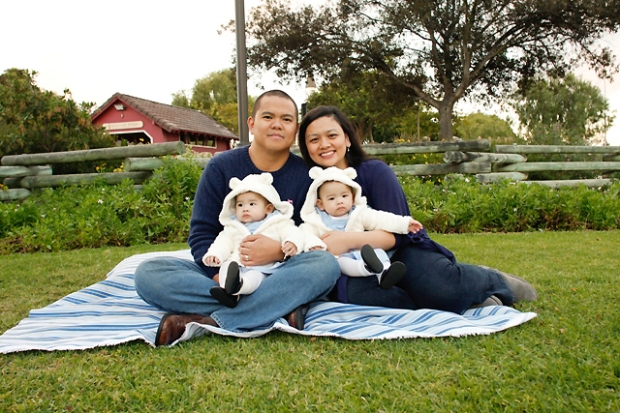 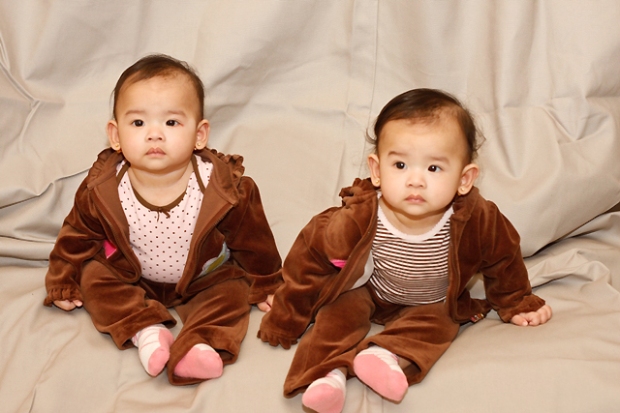 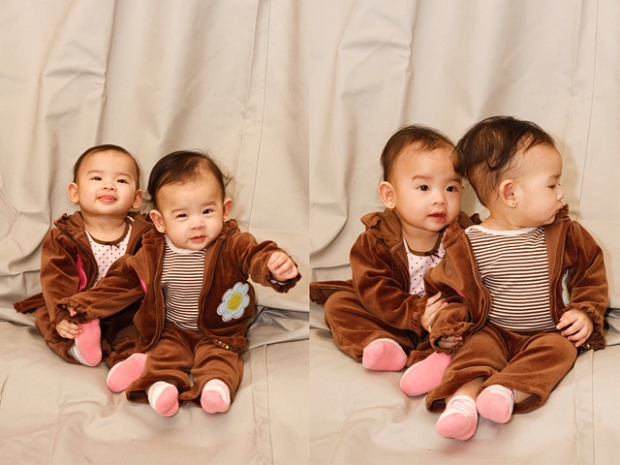 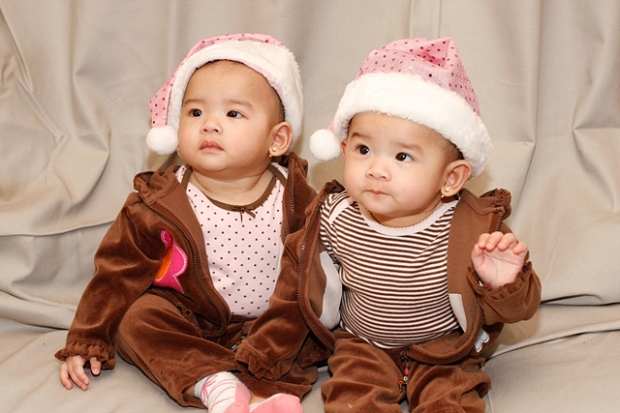