Charlie and Alex were turning two years old in a couple of months’ time, so Iya asked if I could take pictures of them for the invitations.

“I just need their faces,” she said.

So before the Celtics-Lakers game that Sunday afternoon, I took a quick drive to Lakewood and spent the morning with these little girls. It only took a few minutes to get headshots of them, but Charlie and Alex kept pointing to their shoes; shoes which, Iya and Chris told me, they identified with going outside. Since the girls were so insistent, we took them outside to get a little sun.

Of all the fun photoshoots I’ve done of Charlie and Alex, this was probably one of my favorites because it was so spontaneous. We let them walk around the front of the townhouse, and they held hands like only sisters and best friends could. They’re so adorable…and so sneaky. They kept trying to run off into the street. At one point, Iya was watching Alex as I took pictures of Charlie. Charlie stood in the driveway and waited for her mom to turn her back and then attempted to make a run for it. Nice try =)

Iya finally got them to sit still on the curb. They spent the remainder of their time outside smelling the flowers. Alex was so into it. Charlie kept looking at her sister, wondering what the big deal was. haha! Oh gosh, I love these girls so much! 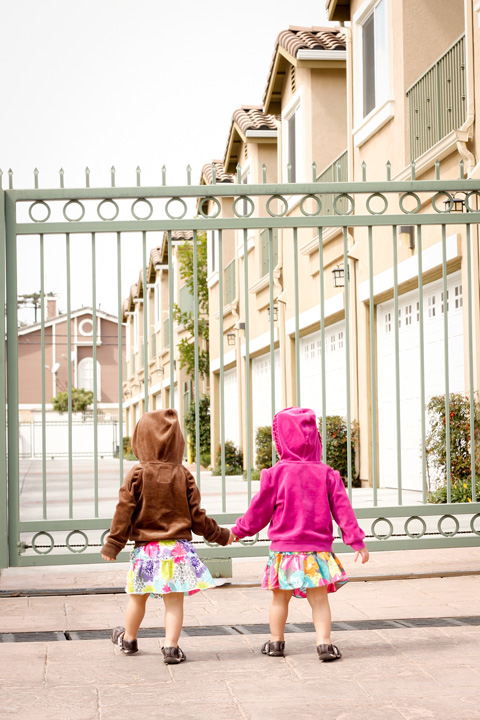 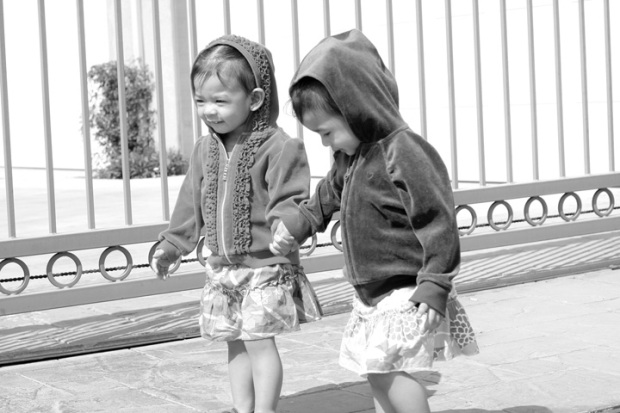 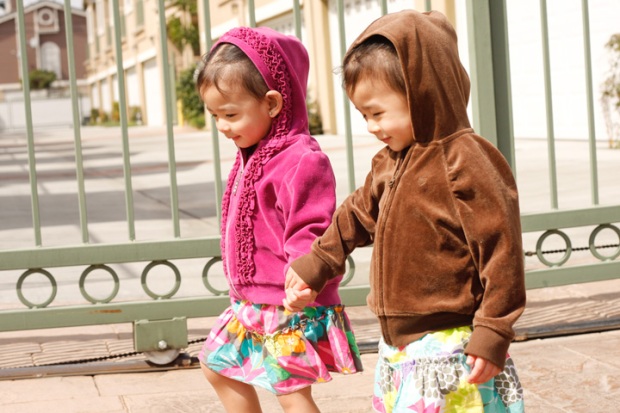 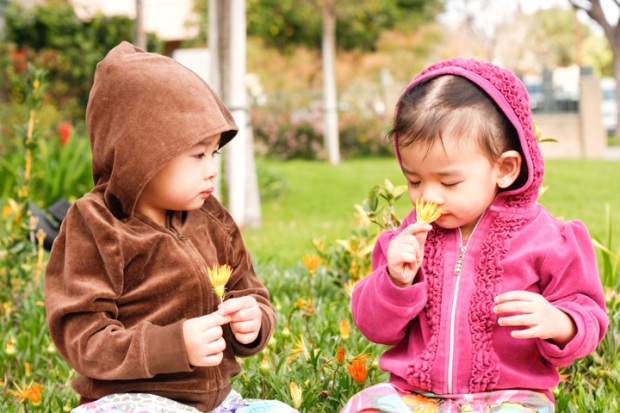